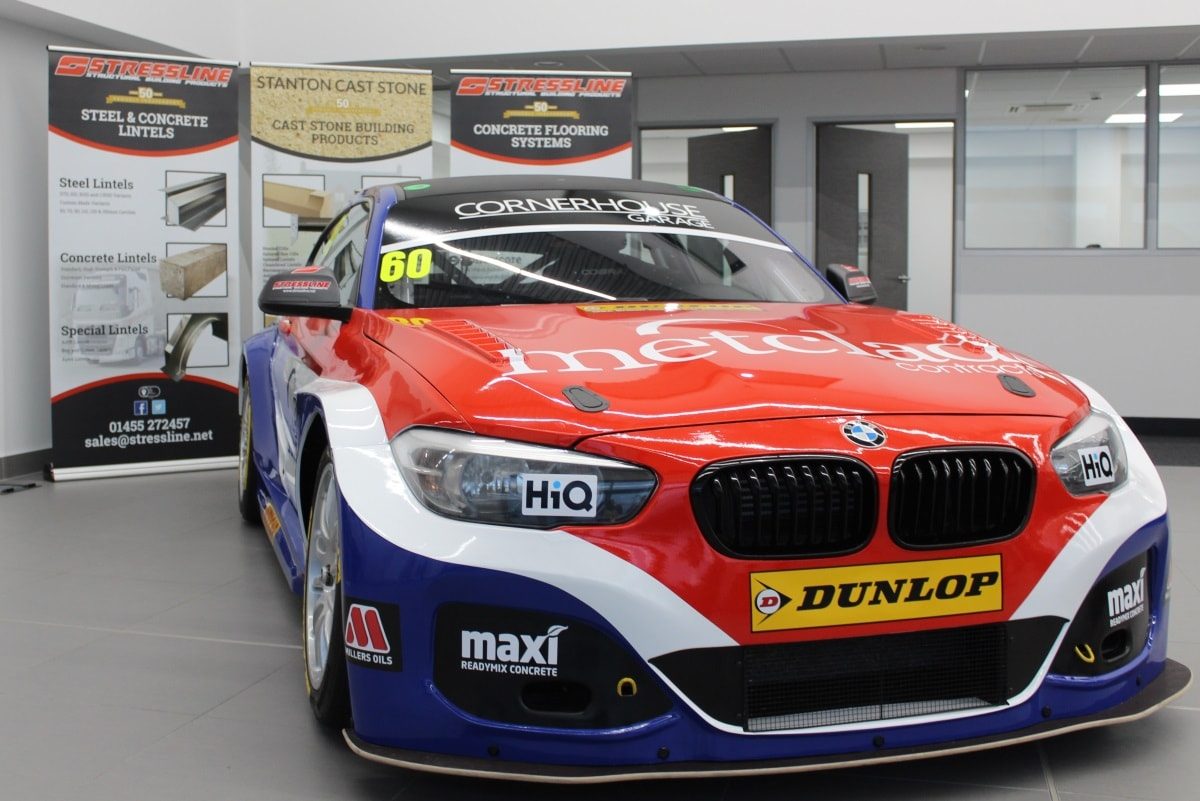 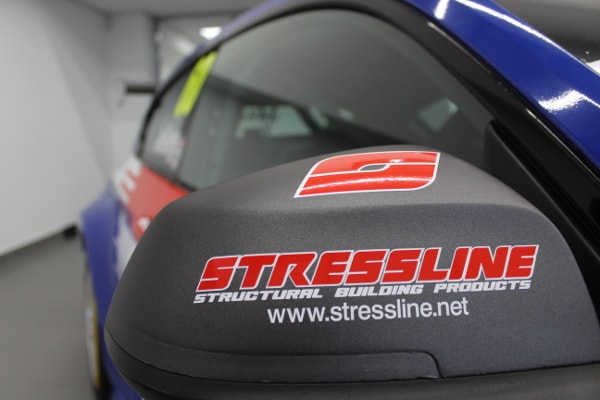 Stressline will appear on Stephen Jelley’s BTCC car again this year – look out for them on ITV.

Stephen Jelley will once again take to the track in 2018 and compete in the British Touring Car Championship (BTCC) for Leicestershire based Team Parker Racing. There year, there is one small change however….

Instead of last year’s rather unlucky Ford Focus, this year Stephen will be racing around the famous British circuits in a stunning new BMW 125i M Sport, which we had the privilege of having a sneak peek at before the official release date last week.

Hosting a client meeting at the brand new Cornerhouse Garage in Broughton Astley, we invited Stephen and his car to be shown off and talk to our clients about BTCC and the new wheels. The car was being liveried during the meeting and with a ‘no-communication’ embargo in place, we unveiled it to our guests just as the wing mirror stickers were being applied!… What were the chances?

Stephen and Team Parker then lifted the embargo a few days later and officially revealed the car to the public from the same location just down the road from our site. 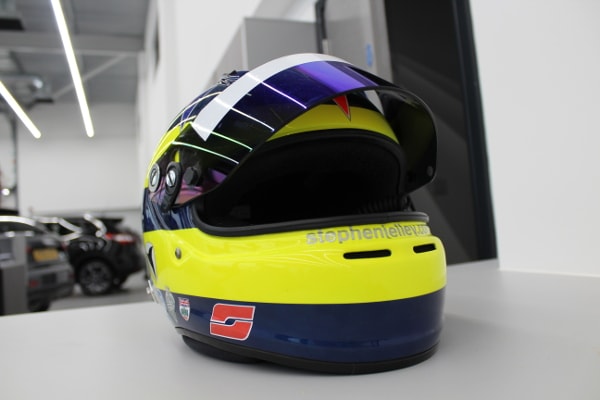 Stephen will be sporting a new helmet this year, so this old one will be replaced. We can’t wait to see what it looks like!

The new BMW has been put together by West Surrey Racing and is a proven winner in BTCC. It is also a proven winner for Stephen as he has previously reached the podium of the BTCC in a BMW – we hope that trend continues this year.

Stressline’s sponsorship continues with our name of the extremities of the car – and for any BTCC fans, we will be aiming to give away any wing mirrors that detach themselves from Stephen’s car (and find their way into my boot), in a Facebook prize draw – keep your eyes peeled this season.

The BTCC takes part over the spring and summer and kicks off at Brands Hatch on 7th April, and ending at Brands Hatch on 30th September for the final race. The season includes visits to famous circuits including Silverstone, Donington Park and Thruxton, amongst others.

Stephen has also been allocated the number 60 in a landmark year for the BTCC – it’s 60th anniversary, so we are hoping this will be a lucky omen for Stephen and his team. Snetterton is the big meet in terms of the anniversary, and this takes place over the weekend of 28-29 July for anyone who can pop along to help celebrate.

As with last year, we are very honoured to be invited by Stephen and his team to attend the race meetings and lucky to be able to take guests as well, so if you fancy joining us, email marketing@stressline.net – but remember – places are limited!