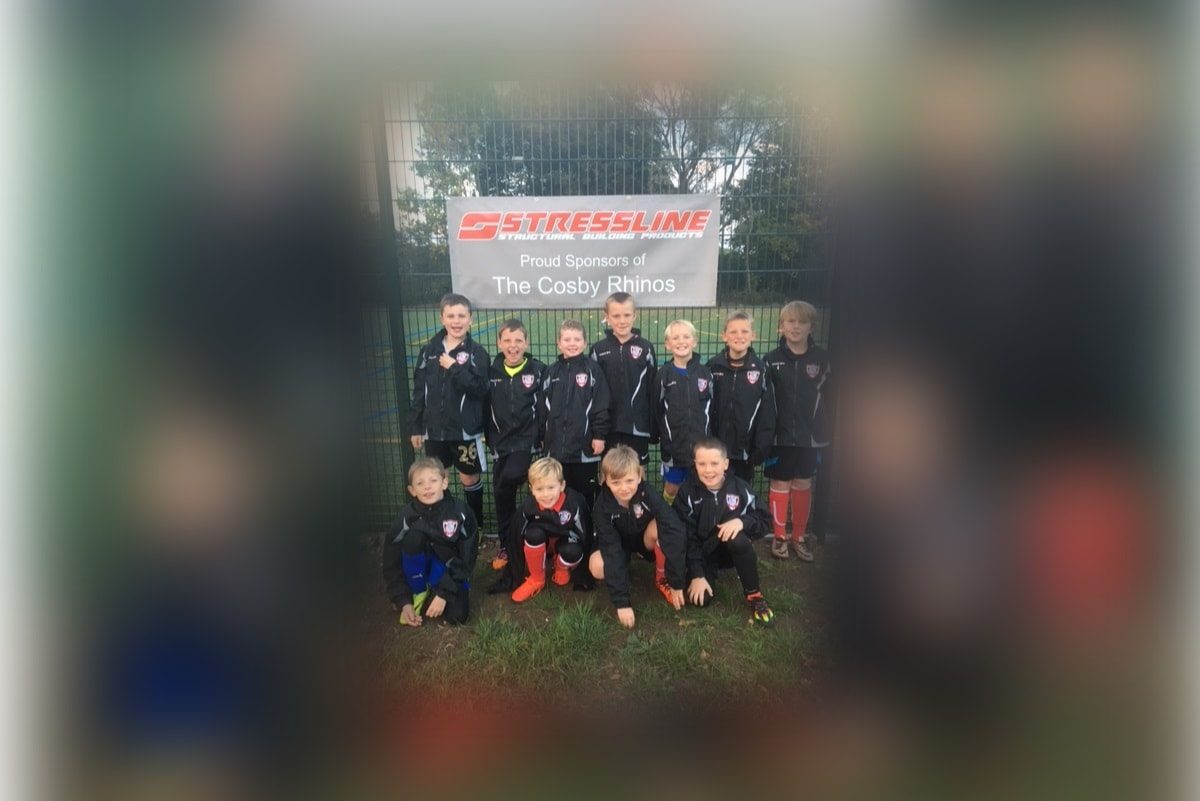 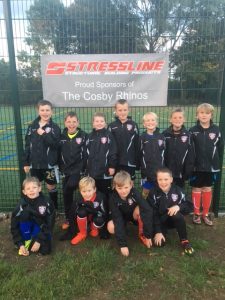 It is with huge pleasure that we have been able to help out a local under 10s football side, Cosby Rhinos with a little bit of sponsorship to give them a boost for this season.

Our company accountant Gemma Wilson organised the sponsorship which will pay for many training aids, and contribute towards the new kit. Gemma said:

“It is important to support the development of children, so when we were approached by the manager, we wanted to help in any way we could.”

The contribution from Stressline has been put to good use already with manager Steve Hall purchasing slalom poles, 16 footballs, and has contributed towards a new black and white striped kit, Steve said:

“It is a massive boost to get this extra sponsorship money, and it has really helped with some of the new training kits. We rely on the good nature of sponsors to keep the club going, so take it from me… the kids are really appreciative.”

Cosby Rhinos is managed on a voluntary basis by Steve Hall and their coaching staff includes parent Kelvin Tate as well as ex-Doncaster player Steve Shentall. The club also recently celebrated the success of one of their stars, Ellabelle Weston who was offered a contract with Premier League Champions, Leicester City Girls centre of excellence.

“Ultimately as a manager I want the kids to learn and enjoy football.”Steve Hall, Cosby Rhinos Manager

The success of the local premier league club Leicester has had lifted interest in the sport from children and enabled Steve to help with their life skills:

“Cosby Rhinos have a great team and work ethic, whilst the kids will develop individually we are teaching and providing them with the skills required to develop as a team. The team spirit is second to none and we are really proud of their progression and achievements in their early stages of development. Ultimately as a manager I want the kids to learn and enjoy football and most importantly it to be fun for the kids.”

Cosby Rhinos play on Sundays and hold their home games at Victory Park, Park Road, Cosby. They have a Facebook page with all the latest information.