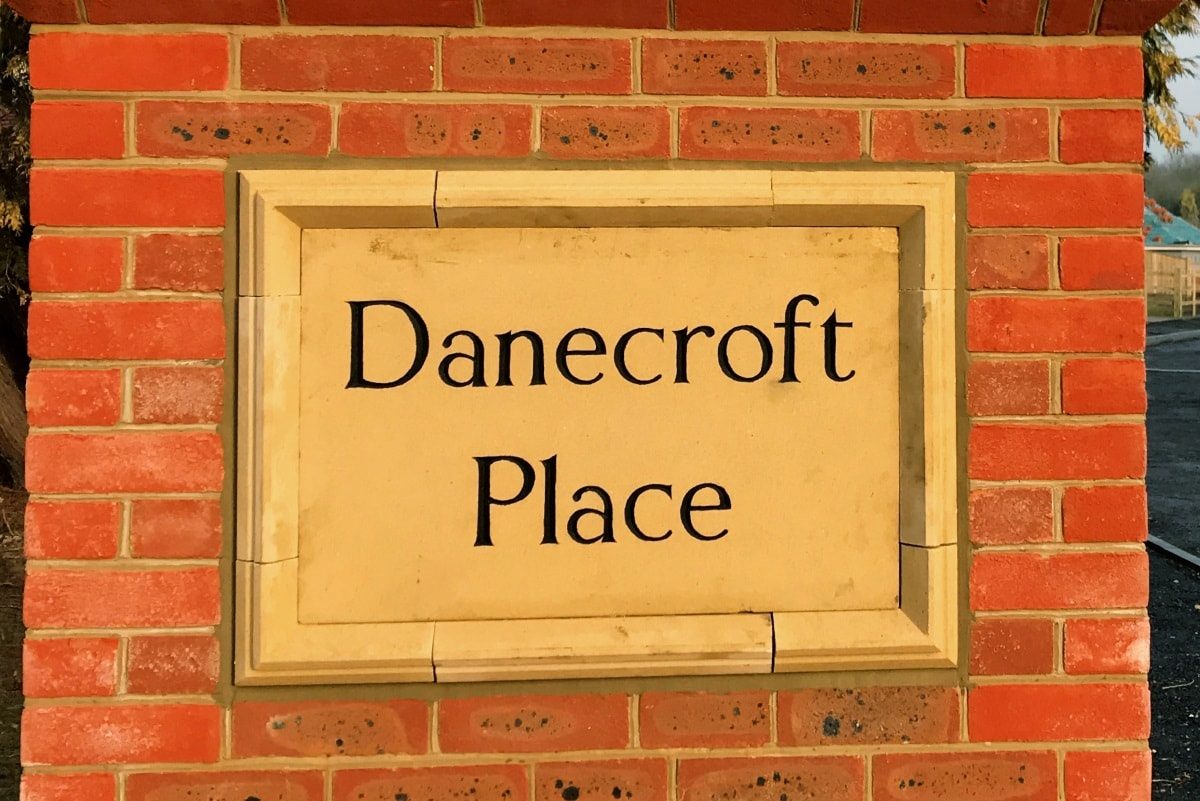 When Stressline receives a cast stone enquiry it is usually accompanied by some fairly detailed drawings, but when a client approached us to create some name stones with nothing to go on but a verbal description, our cast stone team had their work cut out.

“We almost always have some kind of idea where to start, but because of the urgency, I had to react and get the ball rolling straight away. It is tough briefing the drawing team with what is effectively a blank piece of paper, but between us, we worked out what was needed, so we could hand over to production.”Alex Richards, Cast Stone Estimator

This seemingly small job (which actually requires quite a lot of effort behind the scenes) was from a long-standing merchant customer, and time was very much against them. When the job landed on Estimator Alex Richards’ desk he called upon all of his experience to organise the creation of the name stones from scratch.

The job consisted of two 680 x 445mm name stones with label moulding and two 1470mm pier caps. The cast stone, which is vapour cured for a consistent, and robust finish was created from ‘stone blank’ and then sent to a professional stonemason to apply the detailed lettering. It was then delivered directly to the site in East Sussex where the bespoke lettering was painted on site to finish it off.