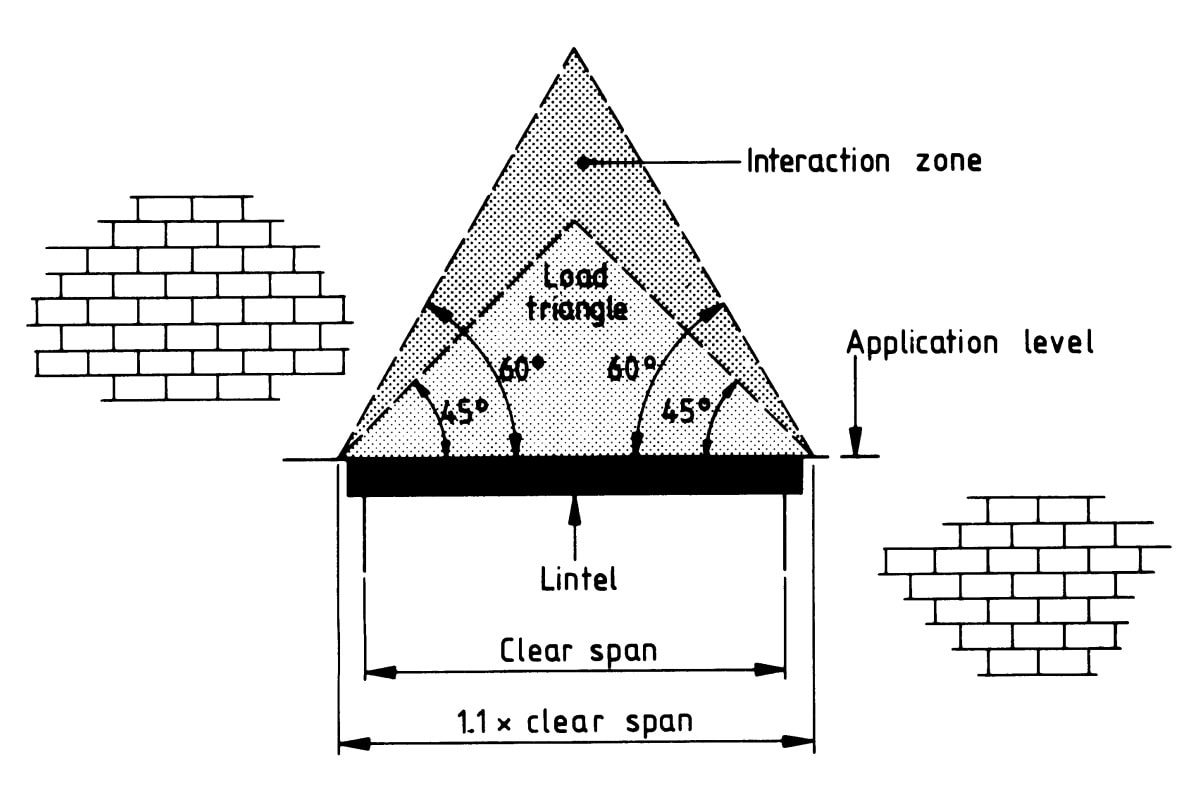 This post is an overview of the British standard BS 5977-1:1981 which looks specifically at the method for assessment of load for lintels. This applies to both steel lintels and prestressed concrete lintels. It is an intrinsic part of understanding how our products are used within construction under current legislation.

This standard applies to lintels up to the length of 4.5 metres and assumes certain criteria are met regarding the weight of masonry, and applied point and distributed loads. These assumptions will be more specifically addressed within the post, but for a more in-depth understanding of this, please get in touch. 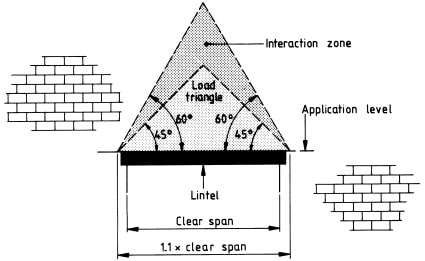 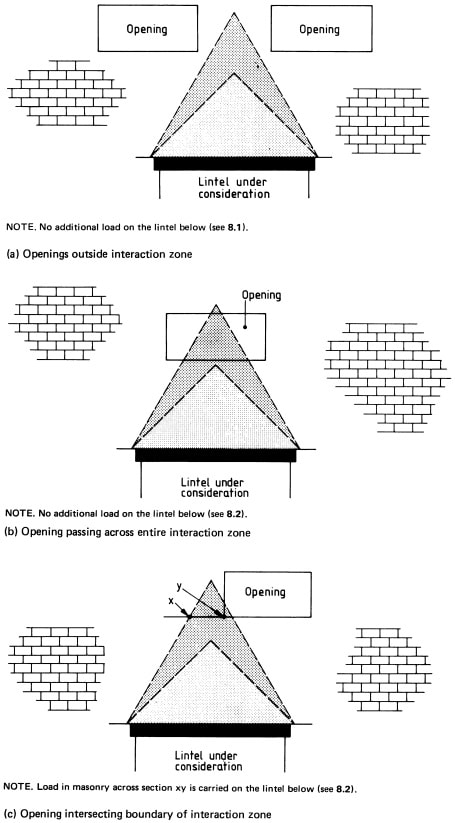 The considered load will depend upon openings that intersect with the interaction zone.

There are three load scenarios which need to be assessed and considered when selecting and specifying lintels. 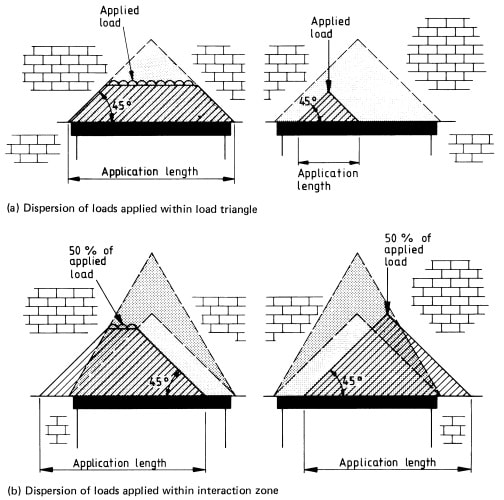 How loads are dispersed and calculated in the load triangle and the interaction zone. 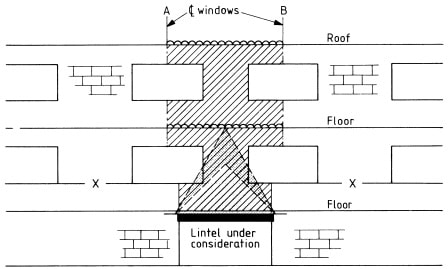 All wall, floor and roof loads in the area bounded by vertical lines A and B are applied across the section XX to the lintel under consideration.

The final scenario is the assessment of load for lintel directly supporting roof or point loads. Under these conditions, the full imposed load plus the self-weight of the lintel is applied.

When specifying or selecting a lintel it is obviously imperative that the correct lintel is used for the load to be carried. Our load span tables are a useful guide to selecting the right lintel, but there are times where you may need or want to convert the figures to a UDL (uniform distributed load). There are many things to consider, so if you require assistance with lintel specification or selection then give us a call on 01455 272457, email us or leave a comment below.