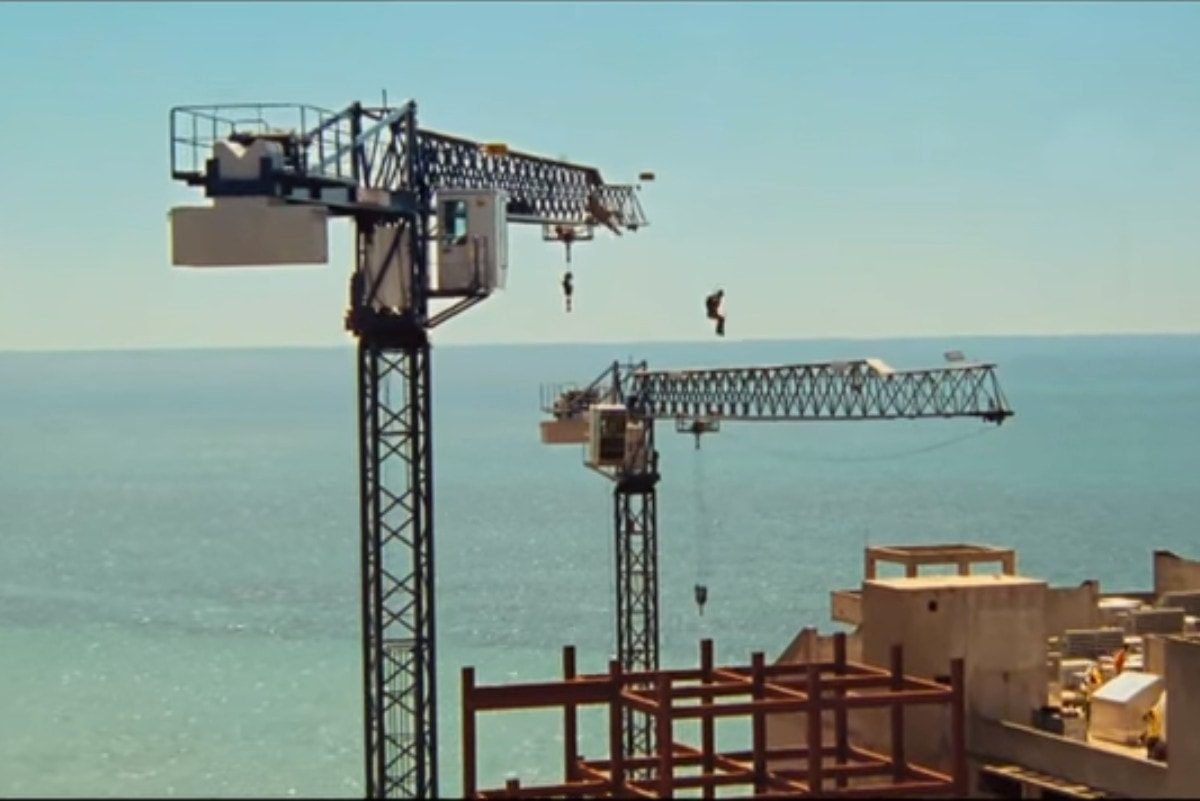 There are no rules per se but all scenes are building related rather than, say the construction of ships, or vehicles.

This is obviously a bit of a spoiler alert, and more pertinently there are some potentially upsetting scenes for smaller ones, so please be mindful if watching with children.

This scene from the popular lego movie involves Chris Pratt’s lead character blast into his master builder mode. Here he constructs a gigantic lego robot and goes on what can only be described as a rampage, with lego bricks flying everywhere. Masterful.

The Amish are famed for turning their back on technology and so when Harrison Ford’s character holes up in an Amish village he donates good old fashion elbow grease to help build a barn. This famous scene is now movie legend.

This macabre scene paints a picture for the whole movie. Whatever your thoughts on the chilling plot this scene is particularly poignant for those working in the trade, and sets the film up for the challenge ahead of the movie’s main characters.

This scene involves Mel Gibson wreaking utter havoc at the expense of several timber frame buildings, torched by Gibson’s frenzied character Martin Riggs. Action-packed and at a fiery tempo, it is one of the best construction site scenes in film ever.

This iconic scene was an explosive start to Daniel Craig’s Bond career. With the movie’s protagonist chasing a free-running bad-guy, the film mixes exceptional parkour skill, with high-tense drama on a back-drop of a Madagascan construction site. The scene has everything and marked the new style of Bond films in stunning fashion.

This may be a step away from our usual posts, but it is a nice change of pace. Do you agree with our list? What is your favourite construction site scene in movies? Leave a comment below.

Construction sites in the movies: The top five scenes was last modified: August 3rd, 2017 by Marketing