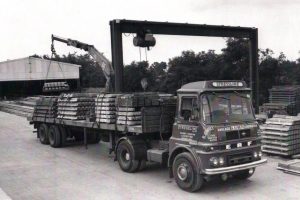 Stressline was started in 1964 by Keith Fox and Bob Mullard

In 1964 Keith Fox and Bob Mullard founded Stressline Limited – since then we have been very busy. 1968 saw us pioneer high volume pre-stressed concrete lintel production. In 1970 we invented the first hybrid steel and concrete lintel.

1980 – Another new decade and we start producing agricultural management products, and in 1984 we start making precast concrete stairs. But in 1985 Bob Mullard makes the decision to retire. Stressline ended the eighties in style by inventing the Thermal Break Lintel in 1989.

At the turn of the nineties; in 1991, we improved the thermal offering by inventing the Thermal Break Steel Lintel. In 1997 Keith Fox retires and hands the business over to his sons. 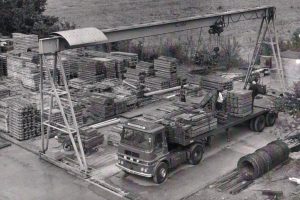 The new millenium saw a great many changes, and Stressline continue to grow and develop its product range. In 2004 we developed our range of pre-stressed concrete hollowcore slabs, and in 2009 we re-engineered our steel lintel range.

2012 sees Stressline develop our range of Artisan Cast Stone – branded “Stanton Cast Stone”, and in 2015 The youngest son Chris acquires the business from his brothers. Now in 2016 we have added to our range of steel lintels and now provide cavity widths of 50mm, 70mm, 90mm, 110mm, 130mm and 150mm. We continue to innovate and develop new products and services for the construction industry.